CC Events was asked by a former client to work on a charity event with a company called Consano. Consano was born from the founder, Molly, learning that she had breast cancer and that little dollars were going to research for both her cancer and a variety of other illnesses. Consano is a nonprofit that crowd funds for medical research. Molly and her husband Scott were a dream to work with and this event was their coming out party in Los Angeles.

The Roost at LA Farm was chosen as the venue for the event, which would comprised of a silent auction and The Roost’s premiere chef John prepared a tasting menu paired with wine. NBC’s smash hit Parks and Recreation writer Megan Amram did a reading from her new book “Science for Her” a parody textbook.

The venue had a farmhouse vibe so we decorated the silent auction table as a farm stand. We also worked with Bedrock  who handles all the sound and AV equipment for pretty much every event we do in LA and NY. They are the best and awesome to work with. At the end of the day Consano raised a whole bunch of money and people won safari’s in Africa, nights at the Four Season’s in Beverly Hills and plenty of other fun items! 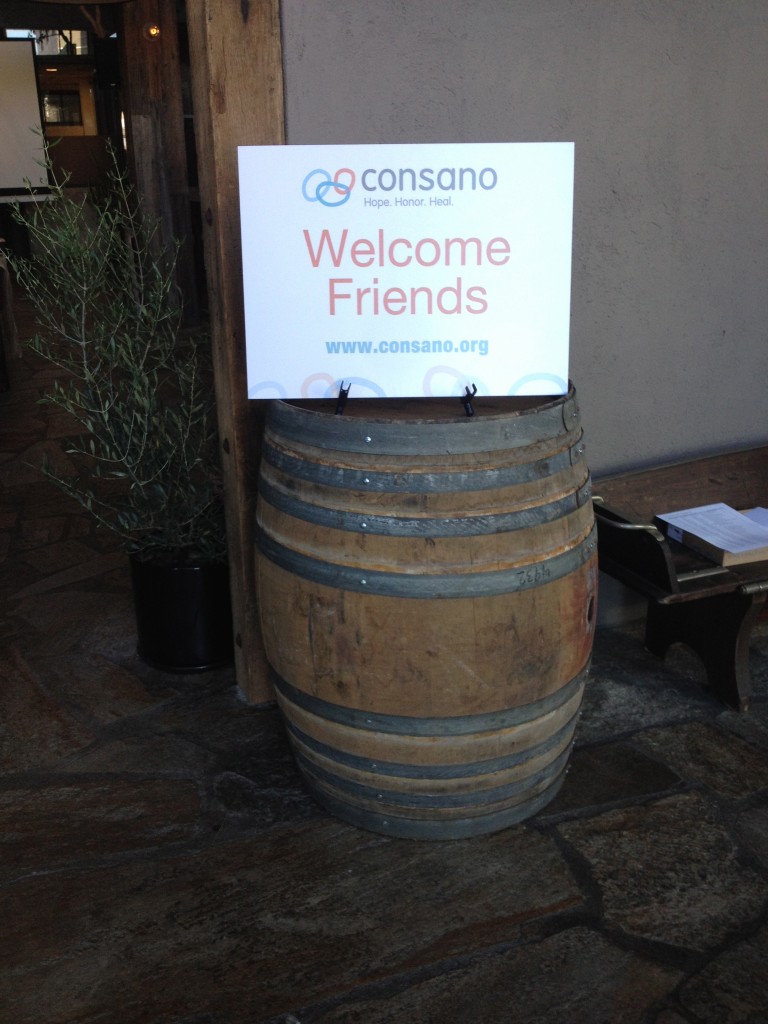 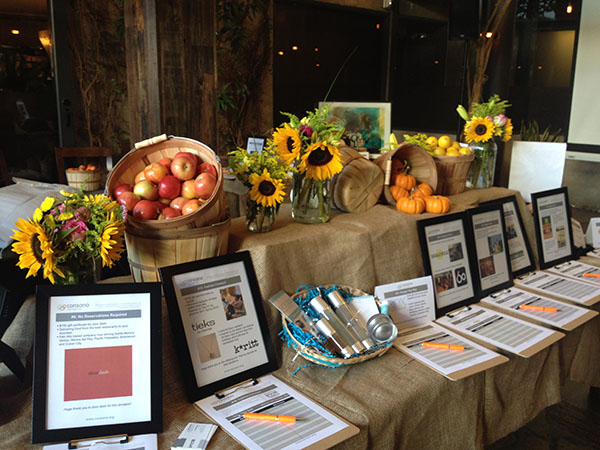